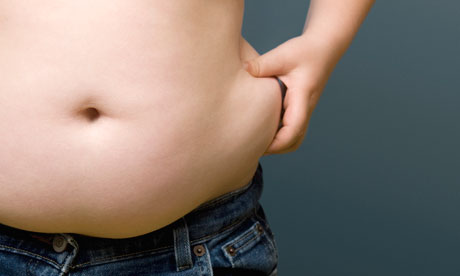 Obesity is now killing three times as many people as malnutrition according to a landmark study published in the British medical journal, The Lancet. Researchers who authored the study conclude that obesity has taken the place of hunger as the No. 1 health crisis globally. With the exception of those living in sub-Saharan Africa, there has been an increase in obesity rates of 82 percent during the past two decades.

World leaders recently met at the United Nations to debate the obesity epidemic as a non-communicable disease that could be a “slow-motion disaster,” eventually breaking the bank. It marks only the second time a health issue has been debated during a special meeting of the General Assembly, since the group pledged to tackle AIDS nearly a decade ago.

Obesity, to a large degree, is the result of many personal decisions, but as fat becomes a global epidemic many experts wonder what’s at the root of the problem?

So what’s the solution? In the long-run, it is imperative for us to re-teach adults proper dietary and activity habits.  This is a difficult task due to economic reasons and the fact that we are such a fast paced society.  The foods we want to consume are often processed to the point of being zero value nutritionally; yet give us more calories than we need.  Sort of: we need to eat more of these foods to get the actual nutrition our body needs which translates to high calories consumed vs. the amount of actual nutritional benefit.  These foods are usually high in starches, which are inexpensive, easy to prepare and taste great.  Regretfully, these starchy foods (breads, pasta, potatoes, rice, etc.) fit into our fast paced lifestyle and economic problems like a glove made for your hand.

In the short run, we need some fast and easy solutions to balance out the glut of starchy meals and snacks.  The easiest way to address this is with an ingredient called Phase 2.  Phase 2 is a specific extract from white kidney beans that actually blocks starches from being broken down.  In studies, Phase 2 has shown to block up to 65% of dietary starches from being broken down and therefore yield an immediate impact on blood sugar levels and your waistline.  A more recent study even showed that people who used Phase 2 daily with meals had decreased cravings for sweets too.  Since we are a starch and sugar addicted society, this ingredient alone can go a long way at helping address the “obesity epidemic”.

I am not usually a “pill to cure my ill” kind of guy, but in the case of starchy foods, Phase 2 offers us a reprieve from the calorie counter while we learn to modify our lifestyles.

Some other helpful tips to address our obesity issue in the short term are these:

Eat more nuts- Focus on raw Almonds if you can.  Studies show that eating just a handful of almonds daily can lower body fat by almost 20% in as little as 6 months.  I find them filling and they help curb craving for me throughout the day if I eat them early enough in the day.

Add chia seeds to your diet: Chia seeds are one of my favorite super foods.  They are actually a super-super food in my book.  For weight concerns, they help give you a full feeling and are high in good fats.  This is an excellent 1-2 punch for attacking your weight concerns.  These seeds are safe for those with Diverticulitis (the get gel-like and do not act like normal seeds) and are high in Omega-3s, antioxidants, fiber, protein and calcium.  Sprinkle them on just about anything: Yogurt, chili, soups, smoothies, etc. You name it because they have no taste and when dry add crunch or wet they will be smooth.

Get more good fats into your diet or supplements: The American Journal of Clinical Nutrition points to omega-3 fatty acids from fish oil as helping the body use fat as fuel instead of storing it. Research also shows that fish oil may also stop certain kinds of fat cravings.